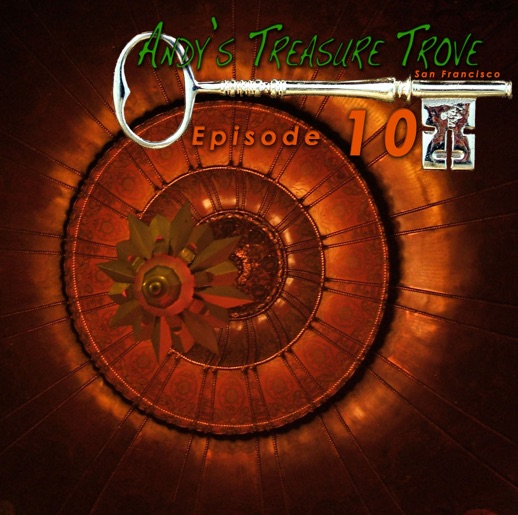 Episode 10 is dedicated to Andy’s favorite film festival in San Francisco, the San Francisco Silent Film Festival. You’ll hear his conversations with noted film critic and TV personality Leonard Maltin of Entertainment Tonight fame. There’s a conversation with Suzanne Lloyd, the Granddaughter of cinematic genius Harold Lloyd. Andy chats and chews with Canadian director Guy Maddin, and talks to pipe organ wizards Edward Stout and Clark Wilson. You’ll hear live performances of the musical scores from some of the films at the Festival, just as they were intended to be performed back in the late 1920’s when the silent film era was at its zenith. You’ll also hear lots of laughter from the 2,000 people at the festival. Add in a couple of impromptu lobby discussions with other festival-goers, and you’ve got a great podcast episode! Enjoy!